biofit2020-05-08T21:50:36+00:00June 20th, 2019|Medical Marijuana|
Over the past few decades, medical marijuana has been used increasingly more often to treat a variety of different physical ailments. To be honest, its potential to treat mental issues has barely been explored. One of the more profound and encouraging benefits of marijuana that is drawing a lot of recent attention from the medical community is its potential ability to treat PTSD. Do you know anything about the connection between medical marijuana and PTSD? Let’s take a more in-depth look at this subject below:

PTSD, which is an acronym for a medical condition known as a post-traumatic stress disorder, has become much more widespread over the past century. This has been primarily due to the increase in warfare and mass violence throughout the world. 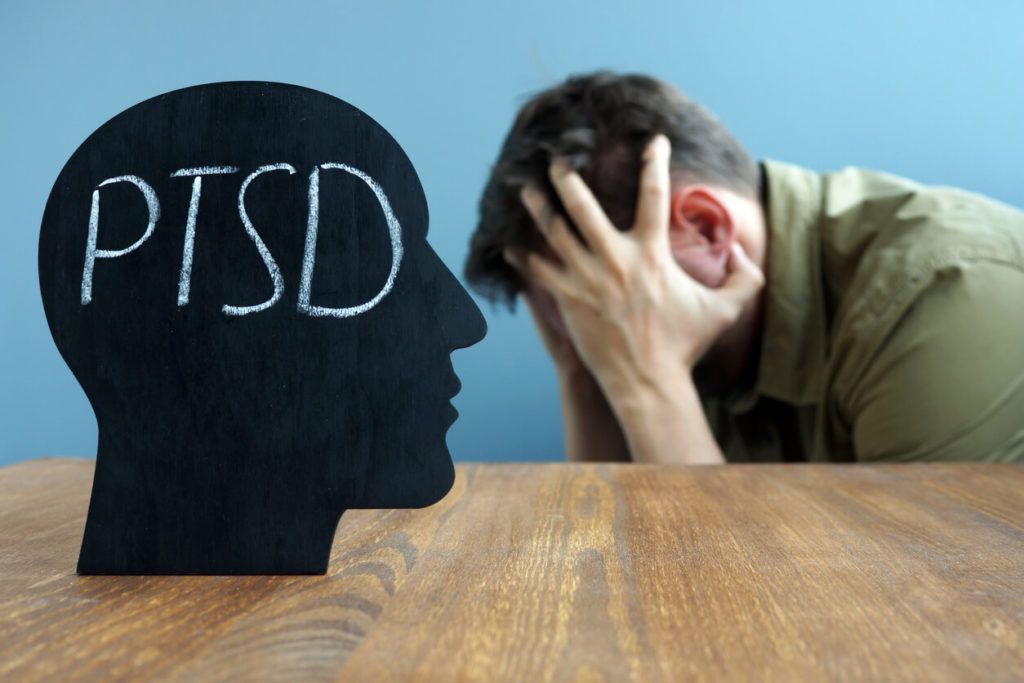 PTSD is characterized by adverse, uncontrollable stress reactions that develop as a result of a traumatic event. Some common symptoms of this troublesome syndrome include difficulty sleeping, intense lingering memories of the trauma, and difficulty handling everyday tasks. These profound physical implications are often coupled with an almost overwhelming sense of dread and terror as well. These issues make it nearly impossible for those that are suffering from PTSD to enjoy a normal, healthy life.

Is treating PTSD with medical marijuana a good idea?

There are quite a few different prescription medications and psychotherapies that traditional doctors use to treat PTSD. Each of these options have varying rates of success depending on the patient and how deeply their traumatic experience has affected them; most doctors have a tendency to use a combination of both treatments. However, recently, medical cannabis has started to make some waves as an effective post-traumatic stress aid.
One of the best traits of medical marijuana is that it causes none of the potentially devastating side effects that prescription medications do. It is also incredibly potent at relieving many different forms of anxiety and stress. Marijuana does this because it is full of compounds known as cannabinoids. When ingested, these cannabinoids function by interacting with the endocannabinoid system. This system is one of the most important regulatory centers in our bodies; it is responsible for maintaining homeostasis in a wide array of bodily functions including sleep, appetite, pain management, stress, mood, and anxiety.
A few more reasons that medical marijuana can successfully treat PTSD include:
• Two of the most plentiful cannabinoids found in marijuana, THC and CBD, are also fantastic at preventing the retrieval of traumatic memories.
• Sufferers of PTSD are usually also producing low levels of a compound known as anandamide. Luckily, anandamide is an endocannabinoid that can be easily replaced by other cannabinoids found in medical cannabis.

Which cannabis variety is best: Indica or Sativa   for PTSD?

Both indica and sativa have shown effectiveness at treating PTSD. But which works best? It seems like that depends on each individual patient. If someone with post-traumatic stress disorder is looking for a strain that helps elevate their mood or make them more energetic, a sativa variety is probably the way they should go. However, if they need something that helps them go to sleep and is more efficient at preventing the reoccurrence of traumatic memories, a more indica-dominant strain should be used.
By now the connection between marijuana and PTSD should be far clearer. Do you happen to be suffering from a type of post-traumatic stress disorder and require a legal source of cannabis therapy?
You can visit us at Biofit where we can get you started with a medical marijuana card! As the premier MMJ evaluation clinic in the greater Miami metro region, we pride ourselves on offering the most effective and professional services you can find. Feel free to give us a call and set up your first appointment today!