Marijuana Effects on the Immune System – What You Need To Know

Marijuana Effects on the Immune System – What You Need To Know

Doesn’t it seem like a new, potentially beneficial medical use for cannabis seems to be discovered every few months? This is primarily due to the increasing amount of medical research that is now being conducted on this potentially therapeutic plant species. Marijuana researchers have found enough evidence over the past few decades that they now deem cannabis as a safe product to use, even while using most other types of medications. As a matter of fact, medical cannabis is often used to decrease the intense side effects (such as nausea, sleeplessness, lack of appetite, depression and/or stress) that are caused by many prescription medicines.

But is it possible that marijuana use could change the way a person’s immune system functions? Could cannabis cause your immune system to become abnormal? This is an exceptionally serious and pertinent question, especially for patients who are interested in using medical marijuana to combat long-term, chronic illnesses. Let’s help assuage some of your fears and take a closer look at the marijuana effect on immune system function below.

How have treatments for HIV/AIDS patients helped us determine marijuana effects on the immune system? Most of the scientific research regarding marijuana immune system medicinal benefits has been conducted on HIV and AIDS patients. This is because HIV/AIDS is one of the most common viruses to effectively attack and compromise the human immune system. It is such a deadly immunodeficiency virus that it can completely incapacitate an infected person’s immune system within just a few years of becoming active.

Even though HIV and AIDS patients have weakened immune function, many of them report smoking a consistent amount of marijuana to deal with their pain, nausea, and lack of appetite. Even as early as 2005, statistics indicated that over 27 percent of AIDS/HIV patients were regularly using cannabis to counteract their symptoms.

Since this was almost a full decade before the recent wave of medical marijuana laws passed throughout the United States, one can only imagine that AIDS and HIV patients are using cannabis at an even higher rate in 2019 simply due to increased legal access and less negative stigma of the plant from their medical providers.

This high marijuana usage rate is the primary reason that doctors and researchers have begun to key into the potential benefits of cannabis on the immune system. Their reasoning is that if these HIV/AIDS patients are already using marijuana safely, perhaps it might be safe for people without the virus to use as well.

What are the effects of medical marijuana use on the HIV/AIDS virus?

HIV/AIDS sufferers who use marijuana report decreased nausea, pain, depression, and anxiety throughout the day. As a matter of fact, many of them say that they are completely unable to eat a meal unless they use cannabis beforehand. Also, unlike most of the prescription painkillers these patients receive, medical marijuana has never been shown to be physically addictive and rarely causes negative side effects.

Luckily, much of the medical evidence is far more than just anecdotal. A study that was published in the Annals of Internal Medicine reported incredible immune system responses to regular cannabis use. The HIV/AIDS virus incapacitates the primary defenses of the immune system by attacking collections of certain cells known as CD4 and CD8. However, this study revealed that even short-term marijuana use can help these important cell groups stay healthy and strong. As a matter of fact, the HIV/AIDS patients that used cannabis in the study didn’t see a reduction of their CD4 and CD8 cells at all.

On top of these factors, the HIV/AIDS patients that used marijuana were consistently healthier than the patients who didn’t. The placebo group (which was comprised of AIDS/HIV patients who didn’t use authentic marijuana products) showed decreased immune system function when compared to the group of patients that used cannabis during the study. Also, the cannabis user group gained an average of four pounds more of body weight than their peers in the placebo group in just 21 days.

In a separate study run by the Mount Sinai School of Medicine in New York City, researchers discovered that the cannabinoids found in marijuana could play yet another role in supporting overall immune system function. The study concluded that cannabinoids (such as THC and CBD) could reduce the number of HIV and AIDS-infected cells tremendously. By the end of the project, the researchers had seen cannabis use reduce the number of HIV/AIDS-infected cells in their patients from between 30 to 60 percent.

Has cannabis ever been determined to have a negative effect on the immune system? 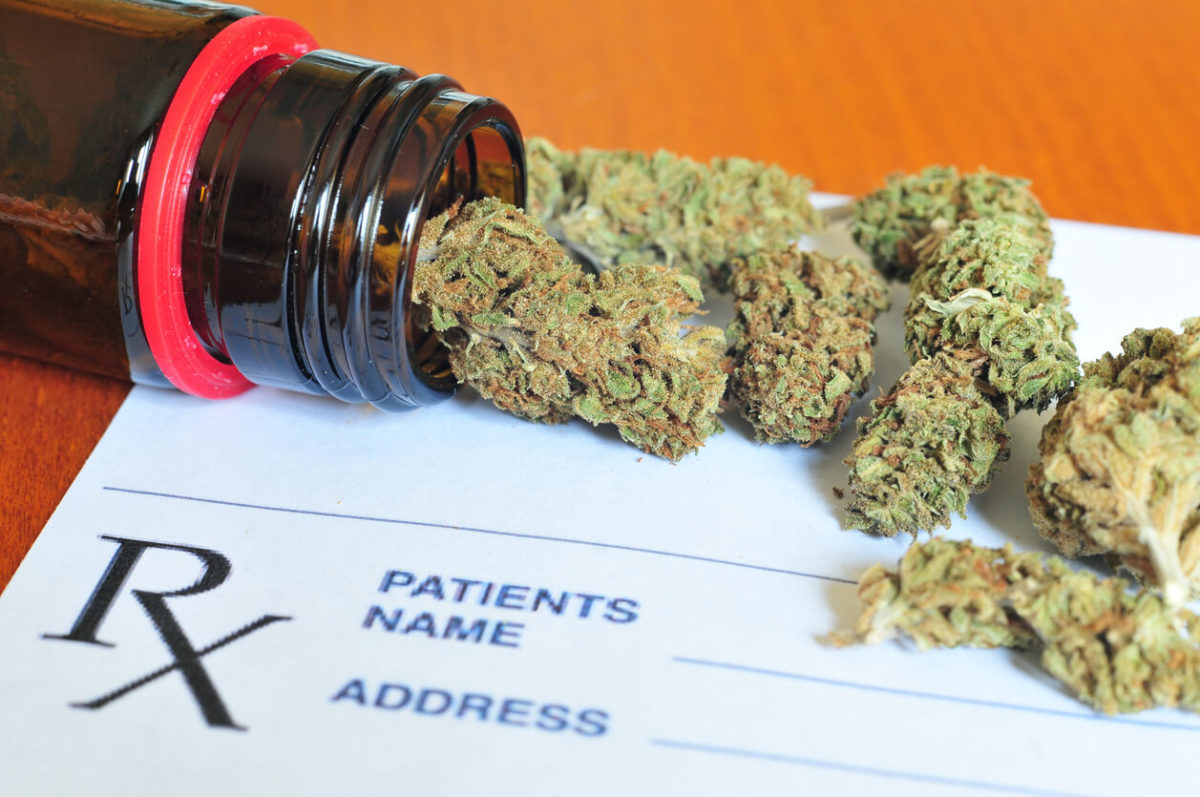 Unfortunately, there are some medical experts (namely with the National Institute of Health and the Drug Enforcement Agency) who don’t completely agree with the idea that marijuana can provide an overall beneficial boost to the immune system. But it should be noted that most of these people work for the United States’ government (which has a notoriously negative policy with anything related to cannabis) or are subject to politics in some form. However, their medical concern does have some validity. Their primary health fear is the fact that the most common way cannabis users ingest their favorite plant is through smoking.

Burnt particulate matter from any type of smoke has been the primary culprit behind a variety of lung conditions. Even in low doses, smoke can cause significant irritation and inflammation of the lungs while also compromising any remaining pulmonary defenses to additional infection. Luckily, most research has shown that the smoke released from marijuana buds are usually much less harmful (and certainly less carcinogenic) than other types of commonly-inhaled smoke from cigarettes, cigars, and hookah devices.

However, if you already suffer from another chronic lung condition (such as asthma or COPD) or have a family history of developing lung illnesses, you may want to avoid smoking or vaping medical marijuana products. Luckily, there are plenty of other medical cannabis products on the market that provide the same medical benefits and are ingestible without passing through the lungs. These products include edibles, beverages, lozenges, tinctures, skin patches, and topical creams.

Why are there different opinions on the relationship between cannabis and the immune system?

The primary reason that the effects of medical marijuana on the immune system aren’t conclusively determined yet is because of the tremendous opposition the federal government has against scientific research of this potentially beneficial plant. That is yet another reason that most cannabis research has involved observing patients suffering from extreme, life-threatening conditions such as HIV/AIDS or cancer. There is simply very little conclusive evidence on the effects of cannabis use on a healthy person’s immune system. However, the little research that has been conducted has been very promising.Do you live in the state of Florida and want additional clarification on the relationship between medical marijuana and immune system function? Are you also interested in getting a medical cannabis card for you or a loved one? Then do not hesitate in contacting Biofit! There are a number of options available to you in Florida to get a valid medical marijuana card. Find out the easiest and simplest way to do so by giving us a call at Biofit; we are happy to answer any questions you may have about this potentially complicated process.