While medical marijuana laws have been established in many places throughout the country, using it is still somewhat of a gray area due to the fact that this amazing plant is not legal on the federal level. However, even though these laws are still somewhat touchy, many people are starting to turn towards using medical marijuana rather than certain prescription drugs. Much of this behavior is due to the fact that the Center of Disease Control and Prevention (CDC) has declared an official epidemic of prescription medication abuse has been sweeping the nation for the past few years. Let’s take a closer look at some of the reasons why you and your loved ones may want to start choosing medical marijuana treatments over some of the prescription pharmaceuticals that you may be already using.

How big is the prescription medication abuse problem?

The statistics that the CDC looked at before declaring a prescription medication epidemic are extremely alarming. Overdose deaths have been undergoing a dramatic upswing over the past decade. The most recent numbers indicate that over 17,000 deaths this past year are attributable to pharmaceutical misuse. That number means that over 44 people are dying every day in this phenomenon! The prescription drug problem has become so bad that the deaths attributed to them outnumber the deaths caused by cocaine and heroin COMBINED! And the number of overdoses continue to rise every year.

Why you might wanna choose marijuana vs prescription drugs?

While marijuana has gotten a bad rap for a long time, its questionable reputation was built off of false information and propaganda from past researchers and government officials. However, as a growing percentage of the population has started using cannabis due to increased decriminalization throughout the country, the masses have started to shift their opinion on this herb. Many people have started successfully using medical marijuana to treat a variety of conditions while avoiding the many dangers of the pharmaceuticals that their primary physicians would typically prescribe them.

The main benefits of using medical weed over prescription drugs include:

Many people are especially shocked to learn this fact after all the years of negative stigma against this amazing and innocuous plant. It’s truly astonishing that so many traditional doctors prefer to prescribe their patient’s potentially dangerous drugs without even looking into more healthy alternatives. Luckily, things are changing now for the better.

Nowadays, marijuana is often used as a substitute for opioid medications (which are among the most dangerous prescription drugs) since they both treat pain effectively. As a matter of fact, the states that have allowed for some type of marijuana legalization have seen up to a 25 percent decrease in opioid medication-related deaths!

Most prescription medications come with a variety of adverse side effects. On top of that, many of these negative side effects can develop into permanent health problems! Some of the most common side effects include nausea, dizziness, constipation, sweating, vomiting, sedation, growth in tolerance, and physical dependence. Keep an eye out for these issues if you are on a consistent pharmaceutical schedule. 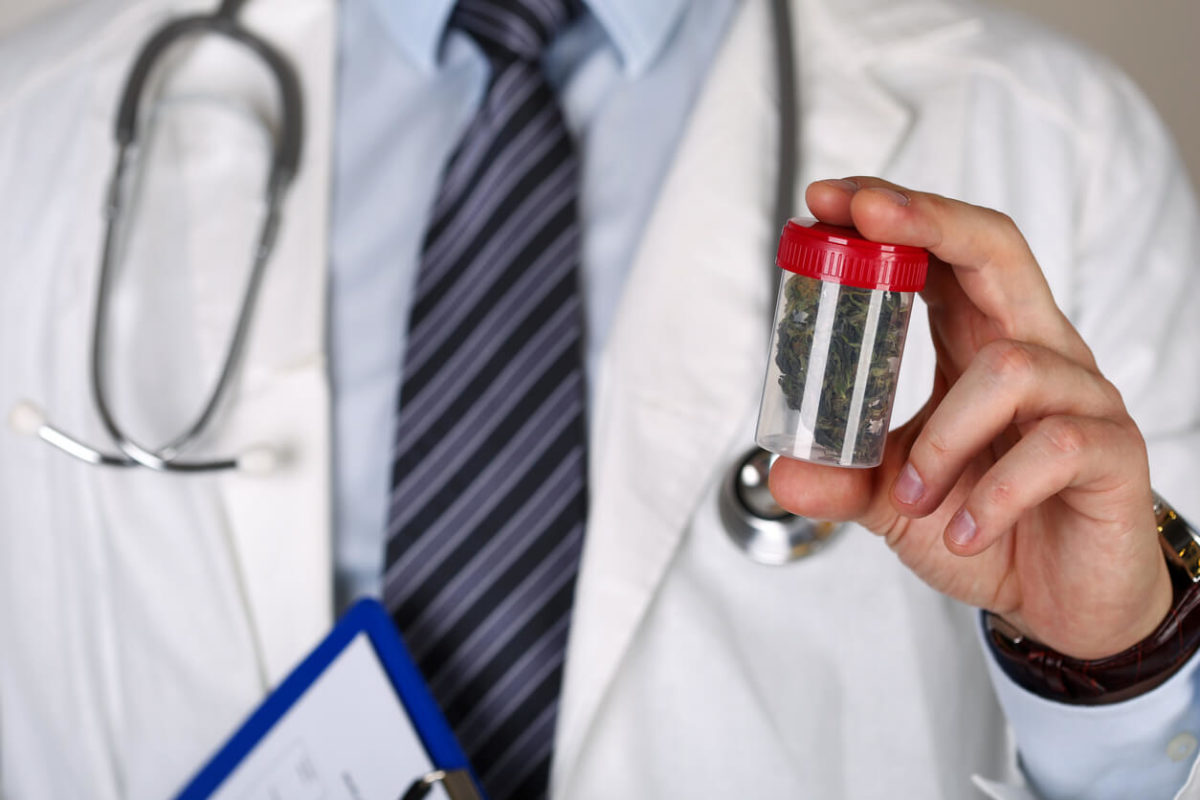 Are you starting to feel more comfortable with choosing medical marijuana vs pharmaceuticals to effectively treat certain medical conditions? If so, make sure you do it legally by getting your medical cannabis card! Not sure where to start? No need to worry; just give the Biofit clinic a call! Biofit is widely regarded as the greater Miami area’s premier medical marijuana evaluation clinic. We have carefully built up our reputation by focusing on our client’s medical needs while keeping this confusing process as simple and professional as possible. Don’t hesitate if you have an ailment that would benefit from medical weed! Contact us as soon as possible to set up an appointment!