Over the past few decades, medical cannabis has become legal to use and obtain in 33 different states within the US. As a matter of fact, this special plant is also legal in the national capital, Washington, D.C. This incredible growth in the popularity of medical marijuana is primarily due to the incredible amount of scientific research that points to its undeniable ability to combat illnesses that are notoriously difficult to treat with traditional medical therapies. One of these many ailments that seem to only respond positively to cannabis treatments is Crohn’s disease. Are you or a loved one dealing with this problematic, life-altering condition? If so, let’s look deeper into the connection between medical cannabis, CDB oil and Crohn’s disease below:

What Is Crohn’s Disease?

What Are Crohn’s Disease’s Main Symptoms? 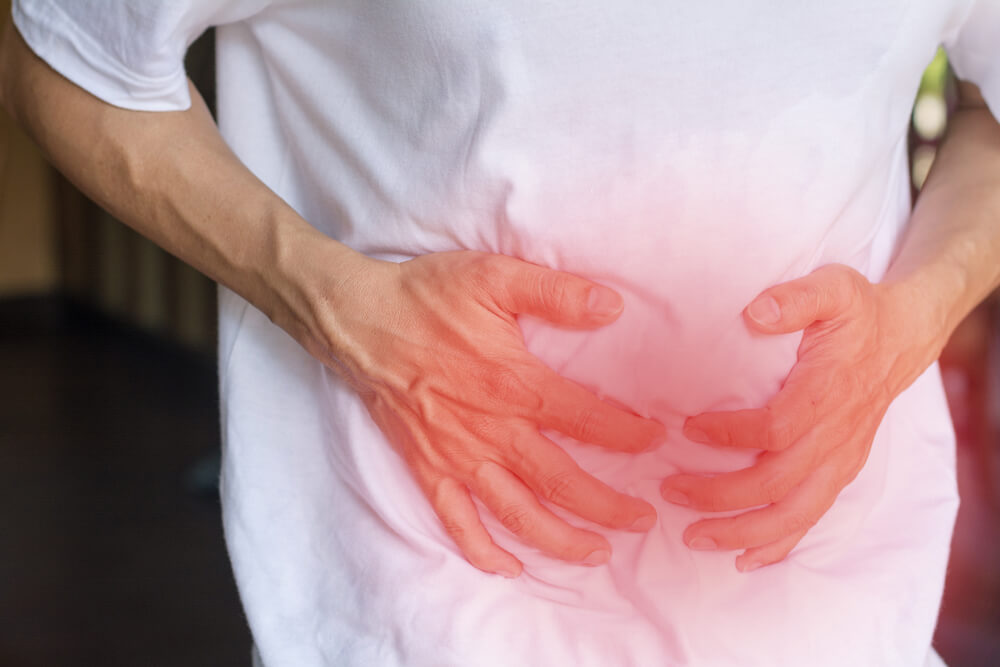 The symptoms that Crohn’s disease causes can vary quite a bit depending on the individual. The most common symptoms include blood in the stool, uncontrollable diarrhea, bouts of constipation, consistently feeling urgent sensations to use the bathroom, feeling as if the bowels have not emptied completely after using the bathroom, and intense pain/discomfort in the gastrointestinal tract. Unfortunately, it is important to keep in mind that Crohn’s disease symptoms are not just limited to these problems and that people who have this disease can suffer from any combination of these symptoms. Crohn’s disease patients also often endure secondary symptoms such as weight loss, fatigue, fever, loss of appetite, and constant sweating (even when at rest) that accompany the primary issues.

What Are the Effects of Crohn’s Disease?

Cannabis has been used for medicinal reasons for thousands of years due to its ability to control symptoms of troublesome conditions. Now, due to the sheer amount of marijuana research conducted over the past decade, this amazing plant has been shown to be quite effective at combating ailments that are notoriously difficult to treat with other medical techniques; Crohn’s disease seems to be one of these conditions. Cannabis affects our bodies through compounds known as cannabinoids. These cannabinoids interact with an important regulatory body of the central nervous system known as the endocannabinoid system. This system is responsible for a variety of different functions including mood stabilization, appetite control, sleep, inflammation, and pain response.

Medical marijuana has been used frequently and quite effectively to control the symptoms of Crohn’s disease. It has been previously thought that medical marijuana helped alleviate Crohn’s disease symptoms by combating the inflammation that this condition causes in the gastrointestinal tract. However, a new study conducted in Tel Aviv, Israel has shown evidence that perhaps this is not the case. The study was conducted over an eight week period and monitored 46 people who had fairly severe cases of Crohn’s disease. Half of this group was given a marijuana oil extract that was comprised of two important cannabinoids: THC (at a 4 percent concentration) and CBD (at a 15 percent concentration). The other half of the study group was given placebo oil. Over the entire eight week period, the researchers kept monitoring each subject for critical inflammatory markers in their blood and stool samples. They also used endoscopic exams to monitor any changes in their gastrointestinal tracts. As expected, the cannabis oil group’s subjects saw a significant decrease in their Crohn’s disease symptoms when compared to the placebo group’s subjects. As a matter of fact, roughly 65 percent of the cannabis oil patients fell into “clinical remission” of their Crohn’s disease. This is far higher than the 35 percent clinical remission rates seen in the placebo subjects. Most of the cannabis oil patients also expressed that they felt very significant improvements in their overall quality of life. However, there was one major aspect of the study that the researchers were simply astonished by the cannabis oil subjects did not show any improvement in their inflammatory markers or endoscopic exams when compared to the placebo group. This indicates that cannabis use doesn’t affect Crohn’s disease root cause at all; it just helps in relieving symptoms. By not curing disease, especially when it comes to inflammatory bowel diseases.

How Can You Use Medical Marijuana for Crohn’s Disease?

It seems that almost every type of medical marijuana product has been used to help decrease the severity of Crohn’s disease symptoms. However, it has been noted that some people with inflammatory bowel diseases don’t react optimally to cannabis edibles and beverages since they have to be absorbed through the affected digestive tract. So just make sure to be cautious and ingest a very small amount at first to test your reaction if you are determined to eat or drink your medical cannabis. This caution should also extend to cannabidiol edibles and beverages if you want to use CBD oil for Crohn’s disease. CBD, which is also known as cannabidiol, is one of the most prevalent cannabinoids found in cannabis (and hemp as well). Since CBD will effectively interact with a person’s endocannabinoid system, supplements that contain it (such as CBD oil) might be able to help alleviate some of the pain and symptoms that come with Crohn’s disease. It is not a bad idea to try out hemp-based cannabidiol products if you don’t live in an area of the country that allows for medical or recreational cannabis use.

Do you think that medical marijuana or CBD oil could be an effective treatment for Crohn’s disease that you or a loved one is suffering from? Then perhaps you should think about getting a valid medical cannabis card. If that is the case and you happen to live in the greater Miami metropolitan area, please visit us at Biofit. Biofit is one of the top medical marijuana evaluation and education clinics in the state of Florida. Our main goal is to make the potentially troublesome path to get your medical cannabis license as simple as possible. We also offer a variety of medical weight loss solutions if that happens to be of interest to you, as well. Why not get healthy in every way possible? Please visit our website at https://biofitweightloss.com/ to schedule an appointment or to get more information on our services today!